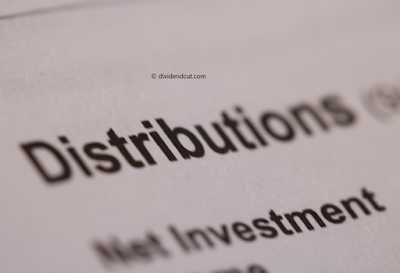 The next distribution will be paid August 13, 2021 to unitholders of record as of August 3, 2021. A new annual rate of $1.20 per unit yields 8.9% at a stock price of $13.50. In 2020 Royal Dutch Shell plc, the UK/Netherlands based oil major, also cut the dividend, being the first cut since the second world war. In Europa the only oil major that did not yet cut its dividend is TotalEnergies from France, the company formerly known as Total.

In its press release Shell Midstream Partners states that the decrease was undertaken to ensure the Partnership’s near-term financial health, provide a long-term sustainable financial framework and allow the Partnership the ability to pursue projects that build upon its diverse portfolio and enhance unitholder value.

Shell Midstream Partners, L.P., headquartered in Houston, Texas, is a growth-oriented master limited partnership formed by Royal Dutch Shell plc to own, operate, develop and acquire pipelines and other midstream assets. Shell Midstream Partners, L.P.’s assets include interests in entities that own crude oil and refined products pipelines and terminals that serve as key infrastructure to transport onshore and offshore crude oil production to Gulf Coast and Midwest refining markets and deliver refined products from those markets to major demand centers. The company's assets also include interests in entities that own natural gas and refinery gas pipelines that transport offshore natural gas to market hubs and deliver refinery gas from refineries and plants to chemical sites along the Gulf Coast.

PPL had previously hiked its dividend for 19 consecutive years Utility PPL Corporation (symbol PPL) has announced a dividend cut of 51.8% o 20 cents per share in 2022. PPL shareholders had a warning last year when the dividend was not increased after 19 straight years with an increase in the annual dividend.
Read more

IVF Hartmann cuts its dividend for the first time in nearly 30 years. After an extra dividend was paid last year to mark its 150th anniversary, the Swiss healthcare company will cut its dividend by 24% in 2022.
Read more

- September 13, 2016
Danaher Corp (DHR) will cut its quarterly dividend to $0.125 per share. In February Danaher had raised its dividend for the third consecutive year.
Read more